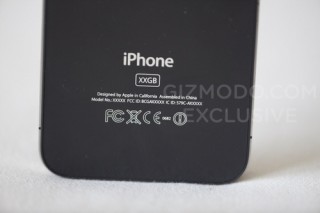 With Apple’s World-Wide Developers’ Conference 2010 and the presumptive launch of iPhone 4 less than a month away, the Apple rumor mill is spinning at top speed.

Despite the multiple breaches in Apple’s “impenetrable security,” we still know surprisingly little about what hardware or functionality the device will actually contain (the security managed to succeed somewhere). However, recent builds of the iPhone OS 4.0 beta have shed some light on what the newest member of the iPhone family will be packing under the hood.

Here at The Next Web, we’ve puzzled through the rumors and are pleased to offer you our take on what we think is going to be included in the newest iPhone.

The most recent build of iPhone OS 4.0 appears to (finally) include Apple’s promised support for tethering on AT&T. Sure, it’s been possible to tether the iPhone in the US with a simple jailbreak (as our own Alex Wilhelm loves to remind me). But for the average iPhone user, putting your phone at risk of being bricked is not a practical option.

The Apple party line has consistently stated that it’s AT&T’s network, so it’s their choice on whether or not to allow tethering. Given that AT&T is staying mum, Apple may be forcing their hand.

This is essentially a certainty at this point. Both of the leaked prototypes of the phone were packing new camera hardware with LED flash capabilities. Given that one of the biggest complaints with the phone’s camera has been lack of flash, this is a big step up.

The camera’s hardware also appears to have been given an upgrade. If we had to take a guess at the specifications for the phone’s camera, based on reports we’ve heard, it seems likely that the phone would be packing a camera between 5 and 8 megapixels. Given that the camera now features a digital zoom function (as introduced in the first beta of iPhone OS 4.0), this sort of resolution would be necessary to ensure that the camera’s zoom wouldn’t produce blocky photos.

Another feature of note is the presence of a front-facing camera next to the phone’s earpiece. This suggests some sort of video chat program, likely a mobile version of Apple’s iChat. Indeed, references to “video conference calls” in the iPhone OS 4.0 SDK suggests that iChat will be a standard feature on the new phone.

In order to run a program like this, the front-facing camera will likely need to pack Macbook-like levels of video quality. A VGA camera, such as the one found on the iPod Nano, would likely be suitable for this, and the fact that Apple already use this camera would make implementation even easier.

Anyone who’s been playing around with an iPad recently can tell you that returning back to your iPhone after the iPad’s snappy speed feels like someone threw out the drogue chute. Sure, the iPhone is still relatively speedy. But for someone using a 3G, the useful speed hike the iPad provides is quite useful.

The most recent prototype found in Vietnam appears to be packing a slightly modified version of Apple’s A4 chip, the same chip that provides the iPad’s zip.

However, the more powerful chip poses a potential problem for the new phone: battery life. While the iPad does have an 11-hour battery, that’s kind of underwhelming for a phone. Sure, the phone will spend a lot of time in standby mode, but it might not be wise to expect too much out of the phone’s reportedly 15% bigger battery.

Speculation has swirled wildly about the newest iPhone’s reportedly “high-resolution” screen. Since the iPad released with an XGA screen, sources have suggested that the screen will offer resolutions of at least 800×480 (similar to the Nexus One) and some have even suggested resolutions similar or identical to the iPad’s XGA screen (1024×768).

This is leading to some speculation regarding the nomenclature of the new device. Since the iPhone 4 likely won’t include an LTE chip (because AT&T’s LTE network isn’t scheduled to roll out until 2011), it doesn’t really make sense to call the new iPhone the iPhone 4G.

This has led news outlets from Huffington Post to Fox News to dub the upcoming iPhone the iPhone HD. This name is based on the belief that the phone will be able to play 720p video on an external display with a designated video out cable.

In absence of any serious alternatives, this is what the phone will probably be called. However, if past launches are anything to go on, it may be worth betting on a dark horse name. Apple probably has a list of names patented through one of its shell corporations and is likely waiting to spring the name on us at the last second.

(5 out of 5 turtlenecked Steve Jobses) that the phone will have a higher-resolution screen;

(3 out of 5 turtlenecked Steve Jobses) that the phone will share the iPad’s XGA resolution;

(2 out of 5 turtlenecked Steve Jobses) that the newest iPhone will be called the iPhone HD.

One of the newest rumors regarding the latest iPhone is that it will include multiple color options for the bezel around the screen. MacRumors has published photos of parts it asserts came from a Chinese iPhone supplier. This could be Apple’s new take on the white plastic backs available on the iPhone 3G and 3GS.

However, there’s not a ton of evidence to suggest the part is legitimate. The picture, which came from a parts reseller, depicts a white bezel sitting next to what appears to be the genuine article. However, the white bezel has some markings that are distinctly absent on the black bezel (the blue marks in the image below). These markings could be added features, but appear dubious due to their absence on the black bezel.

When we look at price estimates for the new phone’s components, we see that the estimated cost of building an iPhone has gone up about $18 per unit, to around $175 for a top-of-the-line model. In order for Apple to lower the price of each iPhone, they would have to take a significant reduction in profit.

At the very least, Apple probably won’t drop their prices. In fact, given that the phone saw strong sales at 2008 prices and that the cost of the handset went up, Apple could even raise prices again.

(2 out of 5 turtlenecked Steve Jobses) that Apple raises prices on the new iPhone.

(1 out of 5 turtlenecked Steve Jobses) that Apple lowers prices on the new iPhone.

(3 out of 5 turtlenecked Steve Jobses) that Apple keeps prices the same on the new iPhone.

Is the iPhone going to go CDMA? It’s tough to know who to believe on this one. It is 100% certain that Apple signed an exclusivity agreement with AT&T in 2007 that was slated to last until 2012.

However, some reports have indicated that a CDMA iPhone will be ready by fall of this year. This neatly corresponds with when Verizon’s planned upgrade to allow simultaneous data and voice connections.

Coincidence? Some think so. In fact, AT&T CEO Ralph De La Vega today downplayed the possibility of a Verizon exodus to a CDMA iPhone saying that many current iPhone users are tied up in “sticky” family plan contracts.


As such, while there is certainly an iPhone for Verizon at some point down the road, it’s not going to be iPhone 4.

So where does that leave the iPhone 4. Despite the multiple leaks, nobody has actually managed to get their hands on a functioning unit, so some of these questions remain tantalizingly out of reach. However, we will keep you posted as this information develops in the run-up to WWDC 2010.

Thanks to Gizmodo, Engadget (via Taoviet), MacRumors (via Apple.pro) and Electric Pig for the images.

Read next: Klout Launches Site Wide Refresh In Bid To Become The Arbiter Of Influence