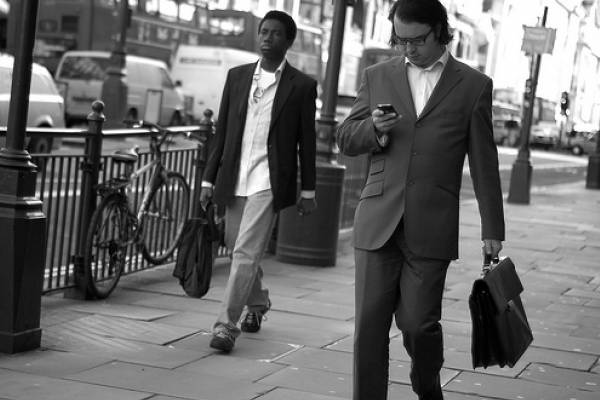 Is it possible we’re witnessing the iPhone make headway into what is traditionally BlackBerry territory?

According to an article on Reuters, British Bank Standard Chartered is giving its employees the option to switch from their BlackBerry smartphone to the iPhone.

Word has it that the bank began a month ago migrating corporate email from BlackBerry to the iPhone and the bank has agreed to continue to pay monthly billing for business related phone and data services.

BlackBerry maker Research In Motion is still the leader in the smartphone segment being solidly established within the corporate sector, and it’s a given that hardcore BlackBerry users will never switch to the iPhone, but apparently there are a great deal of “corporate casual users” which given the option would choose the iPhone over BlackBerry.

Decent email access is no longer exclusive to Blackberry. Windows Mobile and iPhone will also connect with your Exchange Server. Blackberry is relying on email to maintain market share when most customers have moved on to Web access as the key application. That said, Blackberry has begun to introduce touch screen devices in response to the iPhone’s success.

Android has a huge wave of products coming on the market, floading it even, there will potentially be new Android devices announced every week and with 60,000 android’s being shipped daily it’s only a matter of time before the enterprise considers Android as a solid alternative to the Blackberry and yes, even the iPhone – particularly if Google has its way with its Google Apps suite.

A question for our readers.

Corporate readers, how many of you use the iPhone as your primary “business” device? What are the drawbacks when you compare it to Blackberry? And what future do you see for Android in the enterprise?

Read next: Photoshopped or not: Do NOT blink!