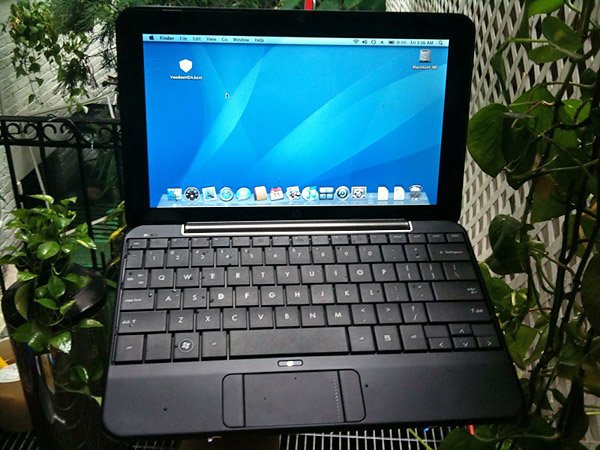 In the world of Macs, there are two choices – buy one or don’t.  Apple is notoriously tight with its software, and until recently there simply was no way to get an Apple operating system to run on anything other than Apple hardware.

That’s changed, somewhat, since Apple started using Intel chips.  A new breed of machines are being Frankensteined together, using PC vendor parts and Apple’s OS X.  These freaks of computing nature are lovingly referred to as a Hackintosh.

Apple does not officially support any use of its OS on anything other than an Apple computer.  However, the company also doesn’t do much to prevent it.  This lack-of-action has created a homebrew fantasy world that has gained some relevance, but I’m here to give you 5 reasons that Apple should not only accept but maybe even support the Hackintosh platform.

Steve Jobs addressed why Flash wouldn’t be supported on some Apple devices and gave part of the reasoning as Flash was a closed platform.  But honestly, there really is no platform of device that is as closed as anything Apple.  If the company wants to show itself as being more open, then accepting the Hackintosh would be an easy step toward proving it.

Not like Apple is hurting for cash, but extra is good, right? If Apple would accept the Hackintosh, there really isn’t any added cost. By supporting it, of course, there would be additional attention that would have to come its way. It’s a toss-up, but I still see it as a possible winning scenario for Apple.

Business such as Best Buy help out a lot of us by allowing us to touch a product before we buy it…elsewhere. One of my largest concerns about purchasing a Macbook (aside from the money) is that question of what happens if I don’t like it.

Having the opportunity to run OS X on a Hackintosh would allow people to do a try-before-you-buy scenario. If the product is as good as it seems to be, the logical next step would be to purchase the hardware that is designed to run it. Open this door and you have a chance to win more customers.

Let’s face it, Apple products aren’t exactly on the bargain end of the scale. Though I too have sipped the Kool-Aide, looking at Macbooks longingly and thinking to myself “hey, that’s not so bad…” However, I am the first to admit that I’m a fool.

I can get an equally (if not better) equipped laptop from a major vendor for 1/3 of the price. And I’m not talking about some black-box POS. The one that I have my eyes on at the moment is loaded, and includes Blu-Ray.

I’m not saying that Apple should pander to the poor. I am saying, however, that the company should consider the finances of its potential customers.

This is sort of like the money point. It’s not that Apple is lacking in credibility, but more is always better. If you’re giving the geeks from the other side of the fence the ability to use your product, without the fear of it going dead with the next update, you’re going to get some brownie points.

There are scores of people who would use OS X, if only given the opportunity to do so without breaking any sort of moral or ethical boundary. They know that making a Hackintosh violates a TOS agreement somewhere, and therefore they just won’t. If you could add those people to your overall user base, well…the more the merrier.

So that’s it, in a nutshell. Now, do I think that Steve Jobs is going to read this and change his mind? Not likely. However, I think that the Hackintosh is a viable platform for a wide range of users and I think that the company is ignoring a potentially substantial group.

Now, if you’ll pardon me, I have a WiFi driver issue to get sorted…