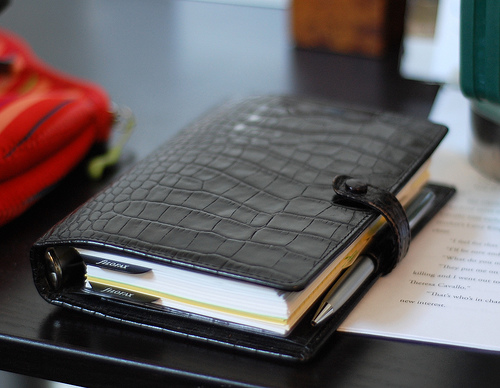 I was pumped about the iPad. Genuinely excited. To some degree I still am but a few days into using it I found myself forcing myself to pick it up and do something with it – mainly to prove to my other half that it was a worthwhile purchase if I’m honest.

Some say ‘forcing yourself’ to use something new and transformative is to be expected, maybe so, but for those few days I found it a struggle to find a place for it in my day to day schedule.

As a product, it looks, works and feels wonderful but it’s in its use that it creates its value and I wasn’t getting much out of it. A week ago you could have taken the iPad away from me and I wouldn’t have missed it. Over the last few days, that has begun to change and I’d like to explain why.

The iPad is not a working device, meaning if you’re primarily a web-worker or are constantly dealing with documents and various other files, the iPad just isn’t going to work as your only computer. I had that expectation sadly, I was left disappointed. Opening files in Pages, Numbers and then sending them off again works but not as it should. Style and formatting is adjusted, fonts are replaced and some significant changes are made to the document itself. I primarily use Google Docs, so that isn’t my biggest gripe.

Personally, my biggest frustration is being unable to make use of the screens real estate to have a number of items open at the same time side by side.. I love my 17″ mac display because I can have my browser, to do list, rss reader and notes app all open and running alongside each other.  Yes there are iPad app ‘mashups’ that do their best to create a similar multitasking experience by developing ‘split browser’ experiences but nothing comes to close what I’m used to.

Quite simply, if you’re looking to turn the iPad into an ultra portable computer that will have you able to get anything done wherever and whenever – you’re going to be very underwhelmed. For that, I’d recommend a Macbook Air.

Instead I would literally think of the iPad as one thing, a digital Filofax, a modern take on the old fashioned diary. I say Filofax because it’s the company that first comes to mind when I think of diaries that are more than just an address book and calendar. Filofax’s (and other companies I’m sure) have maps, charts, measurements and an array of other useful additions at the front and back.. Think of the iPad similarly. Do your best to completely distinguish the iPad from your Mac, just as you would do with a diary and your office desk. Aside from syncing music and photos, consider your iPad as a device in its own right and not reliant on your computer for anything.

The iPad is your calendar, your journal, your notes, your address book, your thoughts, your favorite media and the ultimate research tool rolled into a gorgeous organised slimline digital diary. As a 2010 take on the Filofax, it’s what dreams are made of – as a super portable office computer, it is not.

Grab yourself an iPad case, slip it in and to those of who have carried diaries in the past, you should immediately be stung by that familiar feeling – especially if its a leather case. This time round though, instead of opening your diary to reveal pages of scribbled text, torn paper and random notes, you’ll be gifted with an experience that lets you gain access to virtually any piece of private or publicly available information in seconds.

This might all seem obvious, after all notebooks are called notebooks for a reason but there is a different mindset required with the iPad and the concept of a digital diary/journal…one that Microsoft may have just clocked on to with its mythical Courier.

When multitasking becomes an iPad feature later this year, it will be interesting to see if Apple provides a mechanism to allow users to put two apps side by side on the screen. From demo’s of the iPhone 4.0 multitasking feature, my guess is no which will mean apps like Desktop and Multitasker still remain somewhat useful to those adamant that they can make the iPad their sole computer. I wouldn’t recommend it.

Read next: Steve Jobs Replies to Email: "Don't worry about the WWDC. You ain't seen nothing yet."