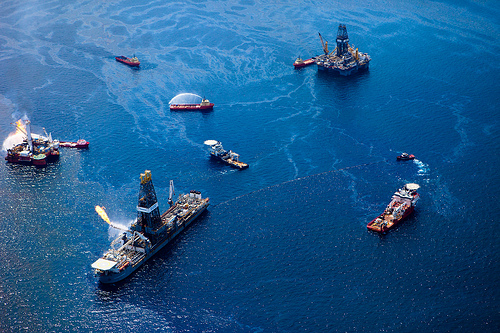 Steve Jobs is announcing Apple’s new mobile ad network – iAd. The network / feature of iPhone’s 4.0 OS is a direct attack on Google and its acquisition of AdMob.

While Google and AdMob are still waiting to see if the acquisition will be approved by the FTC (and this announcement should solidify that approval), Apple is taking a stab at unfamiliar territory for the hardware/software giant. Going up against Google on advertising is always risky, and this confirmation now means that developers will soon have to choose between going with Google or Apple in many cases.

From what Jobs showed on stage, the ads will run kind of as apps within apps, and will not use Adobe Flash – they will be HTML5 (another dagger in the heart of Flash on these devices). iAd will seemingly use location as a main ingredient to deliver ads. iAd will actually be run directly from iPhone OS 4.0 and users will not actually ever leave the app that they are in. From what Jobs showed, Apple wants to focus on video ads.

Jobs also said that they will give developers “an industry standard” 60% of ad revenue. Ads will be able to offer in-store purchases (presumably through an iTunes account) and are very integrated in with the OS – for example, a user can shake their phone to see the next stage of an ad.

“We do not have plans to be a worldwide ad agency. We don’t know a lot about advertising, but we’re learning. We tried to buy AdMob, but Google snatched them up because they didn’t want us to have them, so we bought another smaller company, Quattro. But we’re babes in the woods.”

Here’s a video from Slashgear from the event showcasing an ad:

Read next: Apple iPhone OS 4: Everything you need to know in one handy list