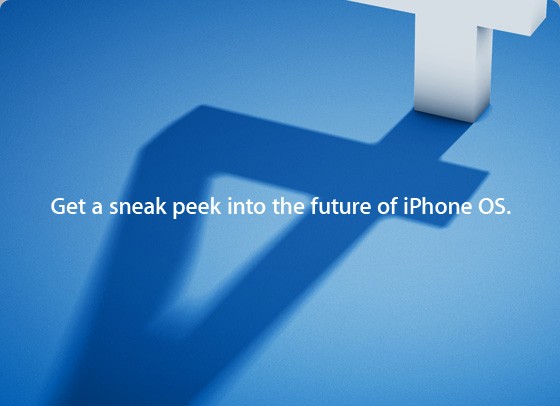 No sooner has the iPad been launched than Apple is turning its attentions to its next big release.

Engadget is reporting that an iPhone OS4 event is to be held at Apple’s Cupertino HQ this Thursday, 8 April.

Don’t expect details of new iPhone hardware to be announced, this is likely to firmly be about the iPhone’s OS, but it should give us an idea of the direction the next iPhone will take. The question is, what new features will we see?

It’s highly likely that multitasking will make some kind of appearance. Push notifications, the only concession to allowing apps to run in the background allowed by Apple at present, don’t offer a great user experience. Given user demand, there’s a god chance that some form of limited, but real, multitasking will be introduced.

Don’t get too excited though. Apple iPhone OS announcement events don’t tend to be followed by an immediate release of the OS. It’s more likely that we’ll have to wait until the release of the next iPhone hardware (probably in June or July) to actually download OS4 onto our handsets.

What new features do you think Apple will announce? Leave a comment and let us know.