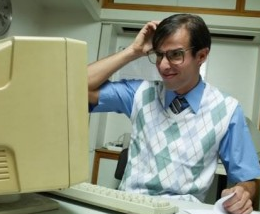 According to the Wall Street Journal, two new iPhones are coming out this year, and one of them might be headed for Verizon.

This would solve the largest lingering problem that the iPhone has, its beholden status to AT&T, a carrier that many in the United States find to be lacking in both reliability and speed.

The end of AT&T iPhone exclusivity would be a massive bump for the iPhone ecosystem as a whole, especially in its cut throat war with Android.

Of course, what upgrades we are to see in the new generation is up for debate. Everyone has their own personal favorite horse in the feature race, and we are all hoping that our own choice makes it. As of this time, no hard rumors have surfaced as to what Apple is up to. Of course, any new form of iPhone/iPad integration (wireless file transfer, please) would be a major plus for the early adopters of the new Apple gadget.

Apple tends to release new iPhones in June or July, so we have two to three months of full on speculation about what, if anything, will actually come out. For now, the Verizon users in the world are waiting with bated breath that the Jesus Phone will finally come to their home roost.

The Nexus One is also coming to Verizon at some point this year, so we may see the battle of the two top smartphones this year on the very same provider. Gone might be the proxy wars between cellphone carriers, this one will be to the death.

Whatever Apple brings, the iPhone will hold on to its title as the king of the smartphones for time to come.