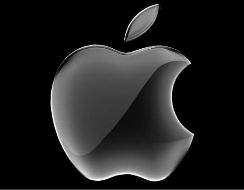 A report from MediaPost today claims that Apple is planning its own mobile advertising platform which could be called iAd.

Details of how the system will work are scarce but the company will supposedly be unveiling it on 7 April. It’s likely that, if the system is real, it will have something to do with Quattro Wireless, the mobile ad firm Apple recently acquired.

If Apple is launching its own ad network it would be another element in the tightly-knit ecosystem that has built up around the iPhone, iPod Touch and (soon) iPad.

Apple already makes money from sales of devices and apps. If it can make money from advertising to you on your mobile devices too, it will have an even more neatly-packaged, lucrative ecosystem than it already does. It will have achieved something no other mobile handset manufacturer ever has – a complete system of virtually guaranteeing income from consumers long after they’ve bought a device.

Whether consumers will actually want to be advertised to is another matter. Apple’s well marketed, user-friendly mobile universe is hugely appealing to users. If advertising gets thrown into the mix in too significant a way it would be likely to taint public opinion of the whole ecosystem.

While Apple is generally brilliant at launching new hardware, it has tended to handle supporting services less well. MobileMe was a PR disaster at launch, while the problems with the approval processes in the iPhone App Store are stuff of legend.

Then there’s the fact that the move would put Apple in direct competition with Google’s main business. Relations between the two companies are fraught at best right now. Apple entering the advertising market could ruin their relationship forever.

If the iAd is a real prospect, Apple had better handle this one carefully.

Read next: This is fan-bloody-tastic... Michelangelo's Nintendo Remix.