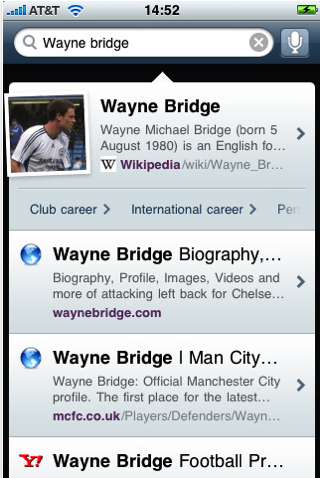 Yahoo’s Search app has made its arrival in the Apple app store. Better late than never I suppose.

Following Google and Microsoft, the app was released little over an hour ago and features a sleek design not unlike Inquisitor, another search app that the company now actually owns. Odd that a company it owns releases an iPhone app before its parent company, but there we go.

As pretty as the app is, it is rather limited on the feature front but it does come with (poor) voice search, integrates news flashes related to your searches and also has a in-app browser.