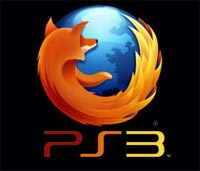 At the same time, mobile price wars on the continent have increased markedly. “In Kenya, mobile operator, Airtel started a price war in August last year by slashing voice call rates by 50%,” according to Wireless Intelligence. This was soon followed by steep slashes in SMS rates by leading Kenyan mobile network operator, Safaricom. Similar fierce price wars have been witnessed in countries like Tanzania and Egypt. Though the trend has proved to be a boon for consumers it has hurt industry margins.

However, despite the seemed stiff competition, mobile continues to provide significant revenue expansion opportunities for African mobile operators particularly in the mobile Internet space. Given the continent’s limited Internet infrastructure, mobile phones have increasingly become the entry point for high-speed data, thus providing a fast growing market. Currently, Opera’s mobile web browser is the most popular on the continent accounting for more than half of Africa’s mobile Internet market according to the company’s latest State of the Mobile Web report. And from December 2009 to December 2010, the company reports that in the top 10 African countries using its browser, page views increased by 365%, unique users increased by 176% and data transferred increased by 331%.

Some of the continent’s leading mobile service providers have quickly cashed into the mobile Internet opportunity. For instance, according to a report by the Communications Commission of Kenya, mobile data subscriptions via GPRS and 3G dominate Internet subscriptions in Kenya and accounted for about 99 per cent of total subscriptions in the last quarter of 2010. Similarly, leading industry players across the continent such as South Africa’s MTN and India’s Bharti Airtel have ramped up investment in the mobile Internet sector.

According to Karel Pienaar, Managing Director of MTN South Africa, “for many consumers, their first Internet experience is via a mobile handset and this is the next revenue frontier for African markets.”

Given Africa’s infrastructural challenges, apps are being touted as the one of the continent’s potential solution providers in areas such as healthcare, agriculture and banking. Mobile apps such as iCow, a voice based app that helps farmers effectively manage the breeding period of cows by monitoring the fertility cycle of animals and which won the inaugural Apps 4 Africa contest, are increasingly being seen as sources of economic development innovation. According to the app’s Founder, Kahumbu Stephanou, “Mobile phones are literally going to be the bridge between the digital world and developing countries. It’s not going to be laptops. It’s not going to be computers,” she said. “The space is…wide open for the tools to be used for teaching, or really, for educating people.” Popular mobile app solutions such as mobile payments service, M-PESA, continue to highlight the opportunities in the space.

With upcoming mobile apps-focused conferences on the continent, such as the  Apps World Africa conference coming up in June, it appears many more developers and enthusiasts like Kahumbu  are looking to tap into what could become the continent’s next entrepreneurship frontier.