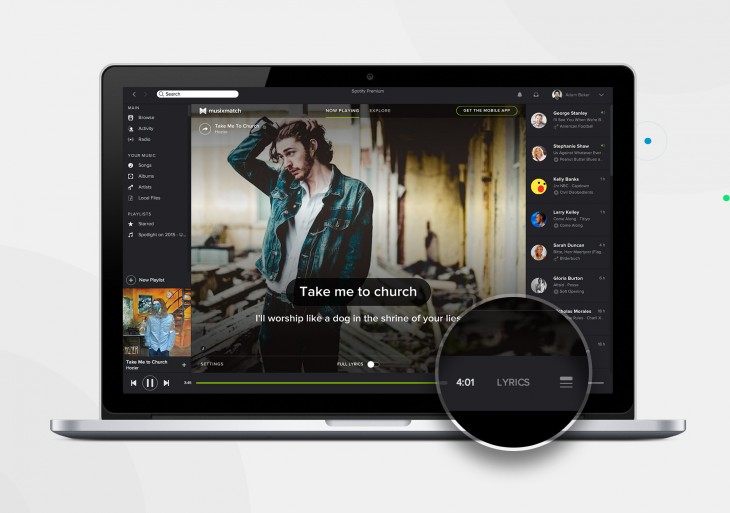 Spotify has announced the latest update for its desktop app. The biggest news is that it’s integrating lyrics using Musixmatch, the world’s largest catalog of song words.

Musixmatch was previously available as a Spotify app but now it’s fully baked in to the service’s desktop client.

To sing along, you’ll just need to select a song in the desktop app and hit the new Lyrics button. You can also search and browse popular lyrics from Spotify’s top songs using its Explore feature.

There’s also a new version of Friend Feed which makes it easier to see what other people are listening to. Scrolling down the sidebar shows the playlists, songs and artists your friends are checking out.

Along with the other changes to the desktop app, Spotify has introduced new daily viral charts which will show the most shared songs in the world as well as in your specific region. It’s also added indicators to all its charts to show what tracks are new and how they’re performing day by day.

If you’re not seeing the desktop app update yet, don’t worry. Spotify says the changes are rolling out gradually over the next few weeks.

Read next: Spotify’s Sweet Spot is a Musical Six Degrees of Kevin Bacon