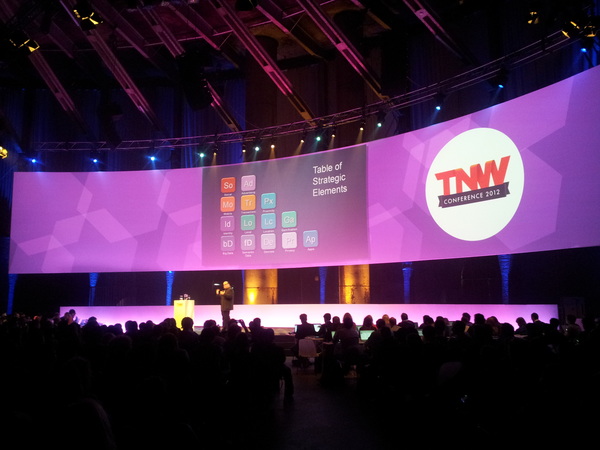 In the future, Randall believes we’ll hack our own hardware — aka our brains — to boost creativity (think implants and smart drugs), but for now, there are ways to upgrade our mind’s software to improve the way we think.

Learn how in Randall’s talk, and then see our key points below:

Bad: Following trends is a common technique for strategists, but it often doesn’t reveal anything with accuracy. Often, you’ll just end up with things like the futuristic space car predictions from the 1950’s. Instead, Mark has a table of strategic elements, which you can see below: 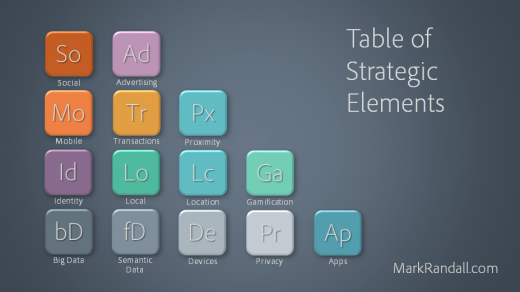 Good: Question the question. Instead of “how can I compete with X,” finding a deeper question reveals real solutions.

Good: Use your network to reach across domains. Talking to others reveals different solutions and fresh perspectives. He suggests that “each of us are the missing piece for someone else’s puzzle.”

Good: “Assume a solution exists.” It’s almost a mental trick, but drives you to look for something.

Bad: Brainstorming. Studies have shown that brainstorming isn’t as effective as solo thinking.

Good: Solo-storming. Focus in on a smaller group of people, pose a problem and go off to work alone. Then, bring the group back together and create a merged list, critically evaluate each idea, debate, argue and come out with a right answer. 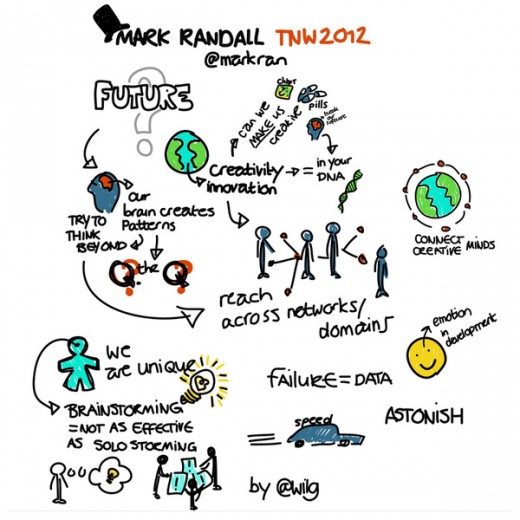 The magic: Adults know what’s not possible, which is why, as we grow up, we lose our sense of magic. Randall (a former professional magician) believes we have the ability to recapture that magic with technology. It’s a fascinating way to look at it, and then, as an entrepreneur, we can all search for ways to create magic.

The feeling: Some products have an empowering feeling for the user, and Randall says his job is to “protect that feeling and develop that.” Feelings are hard to describe, but when you know the feeling you want to create, you can follow that and build it — it’s the only way creativity can happen.

The meaning: What you do has to mean something to you, or else you probably won’t be able to innovate. “Our world has many problems, but if we can amplify creativity, what could happen? If we could connect that human creativity, something beautiful might happen.”

According to Randall, “the best way to predict the future is to invent it.” Go out there and create something amazing.