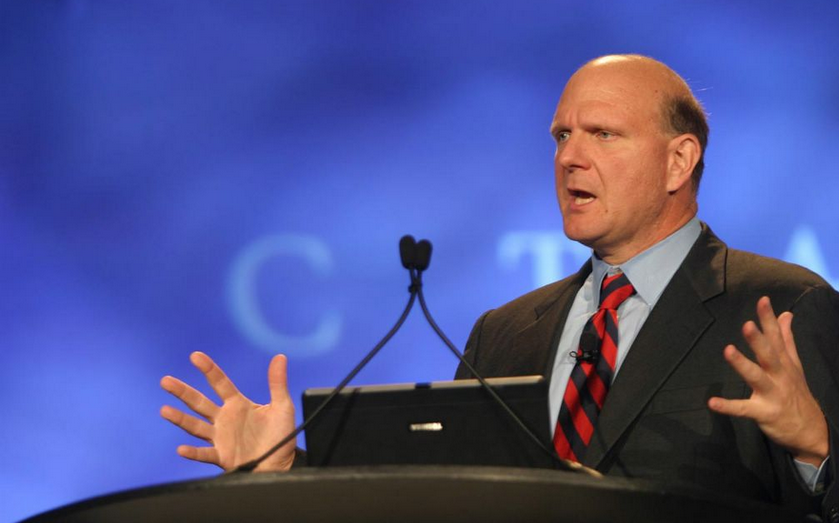 What a week! What intrigue! What excitement! What a mess, if you really want to get into it. Often writing about Microsoft can be a bit desultory, but not this week. Not at all. I have a rap video to share along with a moral slap. You just wait.

Now, before we get into all of that, I have a few requests. The first, as I demand each week, is that you follow TNW Microsoft on both Twitter and Facebook. Next, I want your view on the following matter: If Microsoft bought Dunkin’ Donuts, how long would it take for them to rename a medium coffee the Microsoft Mid-Sized, Small Business Roast 2011? Not very long I would wager.

Now, my dear friends, associates, and various vagabonds, onto the news we go.

Here are a few facts: SOPA, the Stop Online Piracy Act, is a terrible piece of legislation. Another: Microsoft has no official comment on the mater. And yet another: It is financing a push for the enacting of SOPA. Bad Microsoft, bad.

After writing a lengthy bitch on the matter, I dug into Microsoft’s position on the issue. After all, this is my day job. Microsoft went full evasive, and I caught them. Yes, I am insufferable today. In other news, Microsoft has yet to say anything in response on the matter. That means they are likely scrambling to find new policy.

SOPA is a horrific attack on the real core tenets of the Internet. Stand up, be counted, and say your piece. This really matters.

Qualcomm: Why They Matter

You’ve heard of Qualcomm, I’m sure, but did you know that they massively matter? I mean it. They have their hand in a pile of pies, and you need to understand their influence.

Let’s start with Windows 8. Qualcomm has developed an ARM chip that is set to run on a great swath of Windows 8 slates. It is a dual core chip that has a 3G radio built-in, so Windows 8 tablets are going to battery sipping, and slightly thinner than you might expect, because this chip is going to allow for it.

Qualcomm is also up to action with Nokia, a company that wants to completely run the Windows Phone game. The two companies are more than comfortable bedfellows, and are going to keep their partnership into the future. Oh, and Nokia is going to be building Windows 8 tablets. Can you guess whose silicon they might use?

Windows Phone was mostly quiet this week. Aside from Klout mailing out those free Windows Phone handsets, this is what we have to report:

It’s less than usual, we know, but admit that that is actually refreshing. We can’t become monomanics, can we?

After that lovely slug of news, can I make your day a bit worse (or better, depending)? If you like awkward humor, the following video is perfect for you. If you don’t, please avoid hitting play:

That’s all for this week friends, now go get ready for MLG Providence. You know you want to.

Read next: Tagging your friends in Google+ Photos just got a whole lot easier