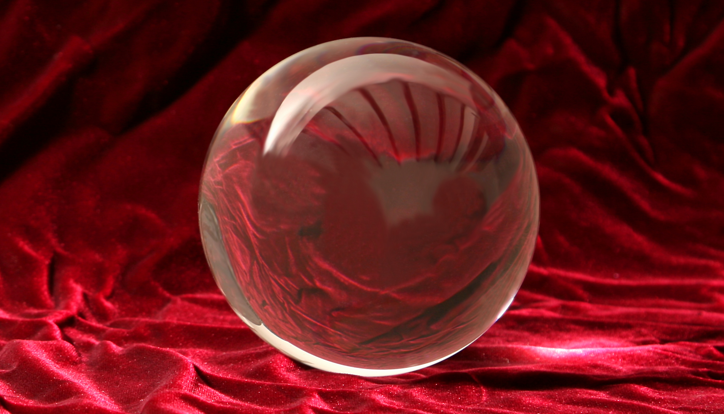 The day before I left for CTIA 2011, I put together a list of predictions for things that I thought we’d see. Now that the week’s over, I want to take the chance to go back and see how wrong (or maybe right?) I managed to be. Along the way, we’ll talk about what was actually there, too.

Oh sure, Windows Phone was there. So was Symbian. But at the end of the day, CTIA was all about Android. Rightly so, I suppose. With its massive adoption and easy roll-out, it’s no wonder that even lesser-known manufacturers are spending a lot of time with the robot.

Some folks did it right (HTC) some did it incredibly wrong (Huawei). If you’re going to show up at a convention with Android right now, it needs to be the latest, freshest version that you can find. If your hardware can’t run it, then don’t bother showing it off.

Though I did have the chance to sit and talk with Nokia about the company’s future plans, we didn’t hear a lot from them during the course of CTIA. It did have an incredibly nice booth set up, showcasing some fun NFC stuff where you could win…something (nobody ever told me what we could win, just that we could win something) but the focus in the booth certainly wasn’t toward Windows Phone.

In fact, even at the Windows Phone booth, the focus wasn’t on Nokia. While I don’t doubt the strength of the partnership, I really expected to see some strong reach from both sides, and I just didn’t. That’s mildly disappointing, but I still think that Nokia’s future is bright.

Man did I ever blow this one. I guess I should have known by looking on the map of the show floor, but with a healthy chunk of the CTIA exhibitors area sectioned off for apps, I really wanted to see more. In fact, I’m not going into much detail about this here, as my last CTIA-related post is going to talk about my thoughts on the lack of apps in a bit more depth.

Regardless, I was dead wrong.

Headphones, batteries, chargers, cases, dongles, speakers…if you can think of an accessory, it was at CTIA. My call that there would be a load of iPad 2 stuff? That’s only about half right. There was a healthy amount, but many of the manufacturers and distributors hadn’t really gotten enough stock yet to show it off.

What’s surprising is that we didn’t see more accessories that were solely dedicated to the biggest phones of the year (thus far). I didn’t see a single mention of the Atrix, the Thunderbolt or even the forthcoming DROID Bionic. In fact, I saw more accessories for the RIM Playbook than I did for these other 3 phones combined. Strange, yes, but that’s the fact.

Between the new offerings from Samsung and HTC, there was a lot of tablet love going around. In fact, in the Motorola booth, a good half of the floor space was dedicated to showing off things that could be done on its Xoom.

The whole thing ties right into the Android Overload section. Tablet makers are eating up the Honeycomb OS and they all want to show it off. CTIA 2011 was the year of the Android tablet, no doubt.

Oh, and as for sucking less than the original Galaxy Tab? They all do. A lot less.

So there you have it. 3 out of 5 ain’t bad. Or maybe I’m just not wanting to admit that I only scored 60 percent. Whatever the case, CTIA is done and much fun was had by all. Here’s hoping that you enjoyed TNW’s coverage of it, and we’re looking forward to what we’ll see next year.

Read next: A wireless conference...but where are the apps?