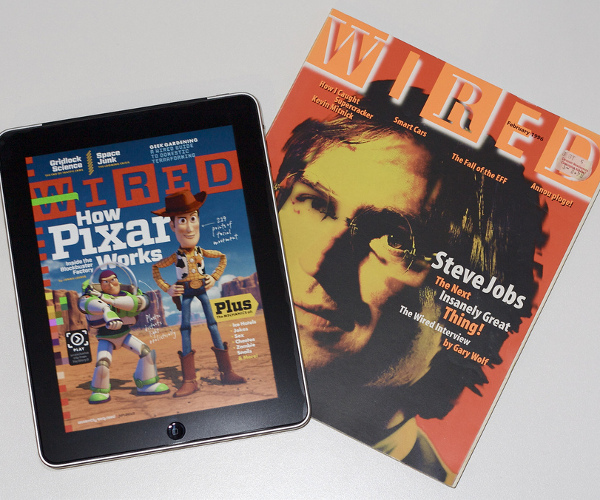 Months after its first appearance in the App Store, Wired’s iPad incarnation is still widely regarded as one of the most successful transitions of a magazine from print to tablet computer. How is it going to develop further in the future though?

Jon Lund, an Internet advertising expert based in Denmark, wanted to find out and so recently emailed Wired editor Chris Anderson. Lund and Anderson had previously met last year when Anderson was promoting his book ‘Free’.

In the course of the email exchange, Anderson explained that the app is set to become more social, possibly drawing inspiration from hit “social magazine” app Flipboard. As we noted recently, the current issue features a Facebook Page-based comment system for one article, but that’s just the start, it seems. “We’ve got a proper social media layer coming into our app later this year”, he said. “I love Flipboard… and we’ll definitely be taking tips from them”.

Exactly how the inspiration drawn from Flipboard will manifest themselves remains to be seen, but it could be in the way tweets and other social comments are seamlessly integrated into ‘pages’ of the app. It’s easy to imagine how pages of Wired’s app could incorporate reader comments in a similar way without ruining the stylised look of the “digital magazine”.

You can read more of Jon Lund’s email exchange with Chris Anderson on Lund’s blog here.

It was recently reported that Wired publisher Conde Nast would be bringing the mostly different UK edition of the magazine to the App Store soon.

Read next: Yahoo reports nearly flat revenue, a jump in income for Q3