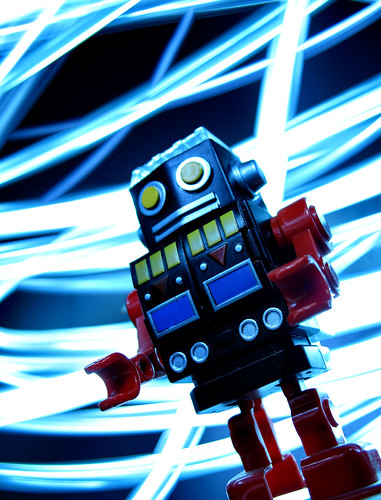 Earlier we brought you news of two prominent travel bloggers subpoenaed and threatened by the TSA.  Here is another story of a prominent blogger under attack this time by Google’s spam robots.  John Hempton has a very popular financial blog, Bronte Capital, that he’s published on Blogger since May of 2008.  As most of us know, Blogger is owned by Google.

Felix Salmon, a financial journalist who blogs for Reuters, broke the story on his blog:

On Saturday, January 2, John Hempton put up a monster 3,200-word blog entry about a fund group in Australia which has all the appearances of being, he wrote, “qualitatively different and more serious than any previous fund collapse in Australia”. He was featured on the front page of the Sydney Morning Herald (other SMH stories on this subject are here and here), and his blog was read around the world, partly because it continued his investigation into Paradigm, a fund-management firm owned by Joe Biden’s son and brother — a company which, he wrote, “keep being associated with cases like this”.

At the time Salmon wrote it, his theory was that someone who wanted to shut the blog down reported it as spam.

Here are two screen shots Salmon posted on his blog:

Here is a screen shot from Hempton’s perspective:

It does seem to be a case of very odd timing and very stupid spam-prevention robots.  As Salmon argues, Hempton’s blog is long-running, well-trafficked and has tons of incoming links from various sources including the Wall Street Journal, Reuters and the Financial Times.  You’d think a bot would be able to figure it out or, at least, that Google would have a mechanism in place to flag a real person to double-check the blog before preemptively shutting it down.

Hempton’s blog is back up now because Google’s Rick Klau saw Salmon’s post and unblocked Hempton’s blog.  Here is what Klau said about this problem:

We don’t go into great detail about what triggers a takedown, for the very reason you mention: we don’t want to make it easy for spammers to game the system. That said, we also have a number of protections to avoid precisely this situation – before I document what those are, I’ve asked the engineers responsible for maintaining them to explain to me why they didn’t work. Generally speaking, there were a number of indicators for John’s blog that should have very easily avoided any false positive spam classification – and I’m trying to find out how/why those got bypassed.

Rest assured that this is an internal bug – not any external players gaming our abuse reporting to try and take down John’s blog.

John – for restoring access, we actually met just ahead of the holidays to go through several ideas about making the resumption of service for legit blogs caught in a false positive situation (like yours) more seamless. Your idea is quite similar to reCAPTCHA (http://recaptcha.net/) – a service Google purchased in 2009, and one which we will be incorporating into Blogger in Q1. Glad we’re thinking along the same lines.

It’s good that it’s all sorted out, and it’s also good that Google is working on solving the problem.  A blog like Bronte Capital ought not be shut down without a very good reason.