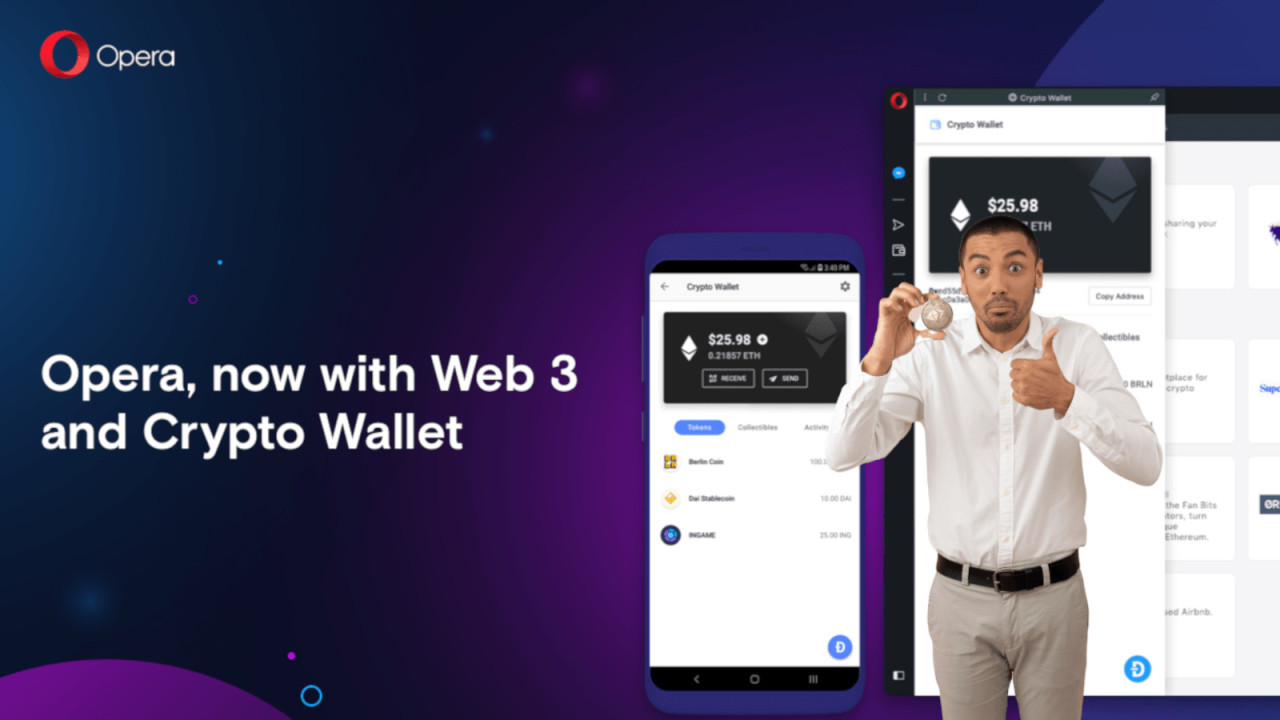 In principle, it sounds like a two-factor authentication process. When a user needs to identify themselves or sign a transaction on the blockchain, they will get a notification on their phone. Unlocking the phone with a fingerprint will then confirm said transaction.

Opera first teased of this functionality back in June last year when it added a cryptocurrency wallet to its Android-based web-browser. It made the news somewhat more official in August 2018 when it announced that this wallet would eventually reach desktop browsers.

By September, Opera was testing the wallet with a select group of beta testers.

“Previously this was available only in developer or beta and now all of our users will get access to the cryptocurrency wallet,” an Opera spokesperson told Hard Fork.

Users will also be able to browse blockchain applications by typing their addresses directly into the URL bar, Opera says. There is also a built in virtual private network (VPN) that Opera claims is designed to obscure and protect user data from prying eyes.